The wedding gown industry is a 4 billion dollar industry, with an average of $1,200 per gown. However, Target is taking some of stress out of saying yes to the dress by offering bridal gowns ranging from $69.99 – $129.99. The online exclusive wedding store offers four styles of bridal gowns, ten styles of bridesmaid’s dresses and a couple dresses for flower girls. Target has been partnering with high-end designers for the past few years, but this endeavor is expected to draw many brides-to-be. Target has no plans to carry the bridal collection in stores, but gowns can be returned in stores if needed. 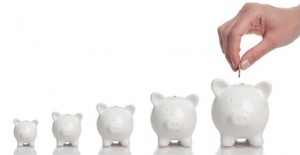 When word reached them of their daughter bullying a girl at school for her choice in clothing, one couple decided to teach their daughter a lesson in empathy. They took their daughter on a shopping spree at a local thrift store, asking her to pick out the ugliest garments she could find, then forced her to wear those articles of clothing to school for the next few days. She was teased for the clothing, but in the long run, she was happy her parents chose this form of punishment and eventually apologized to the girl she originally bullied, creating a new friendship with that girl. Some criticize this form of punishment through humiliation, but parenting expert Karyn Gordon, PhD., said that it was a good idea to create an experiential lesson to teach empathy. She said that so many parents shy away from certain punishments because they are worried about the repercussions, but this gives kids too much power. She said parents need to take the power back and punish their kids when they do something wrong.

Jennifer Aniston co-hosted Ellen this week and a few friendly faces made an appearance. Matthew Perry and Courtney Cox appeared for a segment about the time that has passed since the Friends series finale: 9 years to be exact. The mini-reunion sparked speculation about a full Friends reunion. Jennifer did not say much about it when Ellen asked, but she said it was great fun to be with Matthew and Courtney again, so it seemed that she would not be opposed to a reunion show. However, Friends co-creator David Crane said, “the idea of a Friends reunion is a terrible idea.”