Good Morning America invited Jack Hanna on the show and he brought some of his animal friends along. 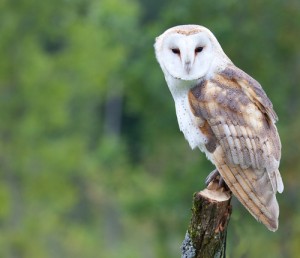 The first animal he brought out was a lion cub. He told Good Morning America the lion population has decreased 80 percent over the years. Conservation efforts are in place, but the population is still dwindling.

He told GMA the lion he was holding was about 9-weeks-old and would have a roar someday that could be heard for five miles. He also pointed out the claws on the lion were already very large at such a young age, a reason why lions should never be kept as pets.

Next was a Coati, the raccoon of South America, who Hanna said would get into everything.

He handed the animal to Josh Elliott to feed and the Coati took off over his shoulder and ran around the set. Luckily someone caught the little guy before he hurt anyone or himself.

One of the rarest animals in the world came out next, a Clouded Leopard. Hanna said they are so rare in the wild that if a poacher shoots one he can sell the fur for up to $80,000. Hanna said he could spend 10 years in Malaysia looking for one and he would never see one.

Tallon Walker has not outgrown his fascination with wild animals and he probably never will. The Colorado teen is on a mission to take a picture with every animal in the world and Good Morning America invited him on the show to try and add to his collection of 848 pictures.

Jack Hanna brought out the Barn Owl, an animal that is being rescued all over America. He said they are referred to as the bird of silent flight and can down down 20 mice in one hour, which is why they are essential on farms.