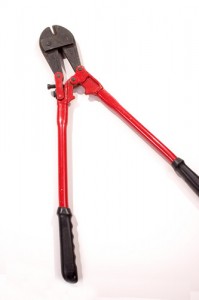 Two suspects are on the loose after trying to free Max Wade, an alleged car thief. Bolt cutters and a sledgehammer were reportedly used to break Wade out of a Bay Area juvenile detention center. A steel reinforced window was hit with a sledgehammer 15 to 20 times. Wade turned 18 yesterday, and is set to be relocated to the county jail.

Wade is detained as a result of stealing celebrity chef Guy Fieri’s $200,000 Lamborghini that involved rapelling into a dealership. He is also held for a drive-by shooting, with two charges of attempted murder.

Investigators are searching recordings of Wade’s calls to track and find suspects of the planned escape. Keep posted on this story that seems to reveal more Hollywood-esque stunts at every minute!