Good Morning America reported March 25 2013 that the European nation of Cyprus has been bailed out by the international lenders. Stocks have risen overnight. Without the deal, European currency would’ve been undermined and Cyprus would’ve gone bankrupt. 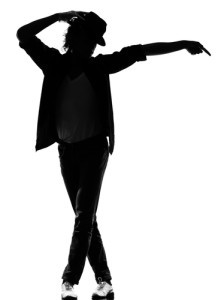 March 25 2013 was the 30 year anniversary of Michael Jackson’s debut of the moonwalk during a performance of “Billie Jean” on ABC. GMA celebrated by having a Michael Jackson impersonator on the show.

Gas prices fell another three cents today, with the national average being $3.67 per gallon.

Research labs containing anthrax and other bio-weapons are being warned by government investigators who say the labs are unsafe and that nothing has been done about safety in the labs since a warning four years ago.

The Centers for Disease Control are warning new moms who they say are giving solid food to newborns too early. A new study found that 40 percent of new mothers are feeding their children solid food at as early as four months. Pediatricians recommend that babies eat only formula or breast milk until they’re six months old.

Last week, Lara Spencer reported that Napoleon Bonaparte’s engagement ring for Empress Josephine in 1796 went up for auction. The diamond and sapphire ring ended up going for $1.17 million.

The Michael Jackson impersonator danced over to the table the anchors were sitting on and took off his silver glove and handed it to Robin Roberts, who quickly put it on one hand and did her impression of a Michael Jackson laugh.

GMA: Researchers Find Cure For Songs Getting Stuck In Your Head

In a true scientific breakthrough, researchers have found a way to get rid of songs stuck in your head. The best way is to do brain teasers like crossword puzzles or solving anagrams. It forces your brain to work in other ways. Reading works, too, but it must be challenging. Researchers found that you may not even like the song, but these “ear worms,” as they’re called, get stuck in your head anyway. The most popular songs to get stuck in the head are “Call Me Maybe” by Carly Rae Jepsen, “Single Ladies” by Beyonce and “Bad Romance” by Lady Gaga.

For some reason, though, GMA chose to play Lady Gaga’s “Just Dance” instead of “Bad Romance,” even though they played the right tunes for Beyonce and Carly Rae Jepsen. “Just Dance” isn’t nearly as catchy as “Bad Romance.” Anyway, in my experience, Justin Bieber’s “Baby” and the Black Eyed Peas’ “I Gotta Feeling” were the most troublesome for me. And, of course, “Billie Jean.”