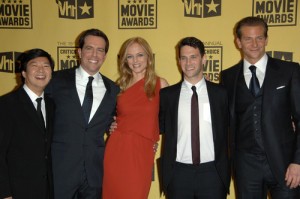 An undercover federal inspector got through two security screenings at a Newark airport with a fake bomb in his pants. He was even patted down. The TSA agents had cleared him to board a commercial flight.

More Americans are finding jobs, as a new report is expected to show 160,000 jobs were created last month. This increase isn’t enough to put a dent in the unemployment rate, but Career Builder did say that job postings on their site are up 20 percent compared to this time last year.

A swat team in Memphis stormed a $3 million foreclosed mansion that had been taken over by anti-government squatters. The squatters refused to leave. One woman who was arrested for burglary once spent 18 months in a different house squatting.

Bumble Bee is recalling two versions of its five ounce canned tuna, including its chunk light tuna and its chunk white albacore tuna, with best by dates of January 16-18 2016. The cans were not properly sealed and could result in a contamination.

Hollywood power couple Brad Pitt and Angelina Jolie put 6,000 bottles of their wine for sale online and it sold out in only five hours. The wine was produced on their estate in Southern France.

The trailer for The Hangover Part III was just released and has already gone viral. The movie reunites Bradley Cooper, Ed Helms and Zach Galifianakis. In this installment, Melissa McCarthy will also join the cast. The film returns the characters to where it all started in Las Vegas.