At the U.S. Marine base in Quantico, Virginia, a Marine shot and killed another two Marines, one male and one female, before taking his own life. Investigators are still trying to determine the motive.

A French man was arrested at the airport in Philadelphia for impersonating a pilot and sneaking into the cockpit of a U.S. Airways flight. The man was wearing what appeared to be an Air France pilot’s uniform, along with a fake airline I.D. He is now being held on $1 million bail. 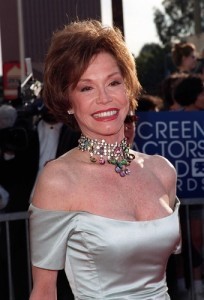 Cyprus is in turmoil this morning. Citizens are protesting against the government as lawmakers consider bailout plans that may include a proposal to take money from the pensions of citizens. Cyprus has to come up with $7 billion by Monday to avoid bankruptcy.

A billboard in North Carolina which was stopping traffic has been revealed to be a publicity stunt. The billboard depicted a message from a woman named Jennifer who said, “Michael- GPS Tracker – $250, NIkon Camera with zoom lens – $1600, catching my lying husband and buying this billboard with our investment account – priceless. Tell Jessica you’re moving in! – Jennifer.”

It turns out the billboard was created as a marketing stunt because the message has now changed, inviting Jessica to a local restaurant. Elizabeth Vargas stopped Paula Faris from revealing the name of the restaurant, because she said they shouldn’t partake in the publicity stunt.

GMA: Kelly Osbourne Back To Work

Kelly Osbourne is back to work. Doctors cleared her after her health scare where she collapsed on the set of Fashion Police with a seizure. It was apparently an isolated event.

A real-life man in England named Bart Simpson appeared in court before a judge named Mr. Burns. Bart Simpson got off with community service.