When F. Scott Fitzgerald died in 1940, The Great Gatsby wasn’t considered to be so great. It had sold less than 25,000 copies. Thank to buzz around the film, coming out May 10, the book is receiving the recognition it deserves. The Great Gatsby is now the number two top selling book in the United States. Fitzgerald’s classic novel is being brought back to life thanks in great part to Leonardo DiCaprio and Baz Luhrmann. Their take on the story is a darker and more extravagant version than we have ever seen before. The last time The Great Gatsby was put on screen was in a 2000 made-for-tv movie starring Paul Rudd as Nick Carraway. 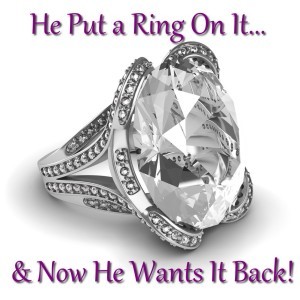 NFL Player Mario Williams is suing his ex-fiancee Erin Markouzi for her $800,000 engagement ring. Also, a reality show is looking for a cast to go to Mars.

It’s no surprise that everyone loves Robin Roberts, but Reader’s Digest just named her the most trusted person on television. The June issue has a spread on Robin talking about her comeback to TV after a bone marrow transplant and the death of her beloved mother. There’s is no denying that she makes everyone’s day a little brighter with her smile and ease. Robin told the magazine that her parents “inspired her to live with integrity and character.”

Want To Live On Mars?

Over 78,000 people have applied to move to Mars since the application went live two weeks ago. To catch you up, a Dutch production company plans to send a group of people to establish a colony on Mars. The ship departs in 2022 and should reach the planet by 2023. This will be a lifelong reality show about trying to build a new world on the red planet. Viewers of the show will choose the final cast, and here’s hoping it’s titled Real World: Mars.

Buffalo Bills player Mario Williams is not only trying to take down guys on the football field, he is hoping to take his ex-fiancee down in court. Erin Marzouki allegedly told her fiance when they got engaged that if it didn’t work out, she would give the $800,000 10.4 carat diamond ring back. Now that their relationship has run it’s course, Marzouki is taking it all back. She plans to keep the ring and set her NFL man aside. Williams is saying that she got more out of him than just the rock. Marzouki also ran up $108,000 on an American Express credit card he gave her and he showered his love in $200,000 in extravagant gifts over the course of a year. Mario Williams’ contract with the Bills amounts to $100 million.

This is not the first time than an NFL player has been taken to the cleaners. In 2011, Roy Williams of the Dallas Cowboys tried to get a $76,700 engagement ring back from former Miss Texas USA Brooke Daniels. According to Texas Law, Erin Markouzi’s ring was given in promise of marriage and the gift is not yet completely given. It looks like this gold digger is going to have to give her precious ring to rule them all back.