Good Morning America reported April 10 2013 that the Senate has reached a deal to expand background checks to almost all commercial gun sales in the United States and close the “gun show loophole.” An announcement about the agreement is expected later today. 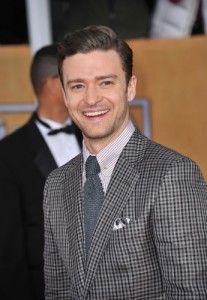 Two young children who were kidnapped by their non-custodial parents and taken to Cuba are now safe. The parents, Joshua Hakken and Sharyn Hakken, are now in custody in Florida. They were turned over by Cuban authorities and now face kidnapping and other serious charges.

Dylan Quick, the student accused of stabbing more than a dozen people during a rampage at a community college in Texas, was tackled by his fellow students April 9 2013. Many were not aware that he was deaf. He told police he had fantasized for years about stabbing people.

South Korea has ramped up its alert level to what Josh Elliott called “one step shy of all-out war” as North Korea prepared a missile test the morning of April 10 2013. Japan also prepared patriot missiles to defend Tokyo.

MTV decided to cancel Buckwild in the wake of the death of one its stars, Shain Gandee, who died from carbon monoxide poisoning while off-roading in an SUV.

Ellen DeGeneres and Portia De Rossi are inviting us all into their house. The new Elle Decor magazine has plenty of pictures of the inside of their California ranch house, which has 26 acres of land to ride horses on, eight cabins and two barns. The home was once owned by William Powell. Ellen decorated it all.

Justin Timberlake performed at the White House during a tribute to Memphis soul. He was joined by Al Green, Queen Latifah and the Alabama Shakes. The special will air on PBS.

Philanthropist Leonard Lauder has announced he will donate his collection of Cubist art, including 33 Picassos, to the Metropolitan Museum of Art, a gift that has been valued at $1 billion. The MET said that this donation was very important to them.