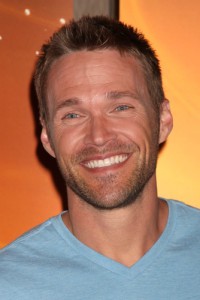 Sally, a once active and healthy athlete is now 45 years old, a wife, a mother and broken down women. After a serious leg injury, Sally gained over 200 pounds over the next ten years. With the help of Chris Powell, his wife Heidi Powell, and Extreme Makeover: Weight Loss Edition, Sally was able to lose 138 pounds in an entire year, but it was not easy.

As Sally struggled to get through the tough regiments, Chris decided to bring in his wife to push Sally the extra bit she needed to go to get her weight down. Even with the help of two trained professionals, the only thing that could make Sally want to lose weight was herself.

After watching a video of herself from the beginning of her weight lose regiment telling her future self to never quit and never give up, Sally worked hard and was able to lose a lot of weight.

Sally said the most challenging aspect of the workouts was fitting everything in, including working out, staying on a healthy diet and taking care of her kids. Although Heidi admitted she was tough on the Sally while she helped train her on Extreme Makeover: Weight Loss Edition, she said she knows how it feels to be a mother trying to lose weight.

As for Sally, she gave these words of advice to weight loss strugglers around the world. “Losing weight is hard, but do not lose hope,” she said after stating losing all her weight made her feel like “she was being resurrected from the dead. Inspirational is really the only word to describe her miraculous transformation.