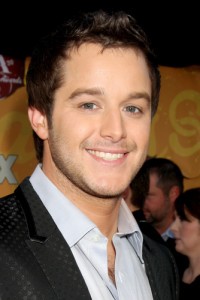 Easton Corbin performed his new single “Lovin’ You Is Fun” on the set of Good Morning America. (Helga Esteb / Shutterstock.com)

Easton Corbin was on the set of Good Morning America to perform his newest single, “Lovin’ You is Fun,” off his new album All Over The Road. Corbin said he chose the name “All Over the Road” because he wants to get his music out to everyone he possibly can.

Corbin, who won Best Breakthrough Artists in 2010 at the American Country Awards, had a previous album, Easton Corbin, with two number one hits, the first being “A Little Bit More Country Than That” and then “Roll With It.”

What do you think of the new single? I am not the biggest country music fan, but I can appreciate a good song. I have to say I liked “Lovin’ You Is Fun.” Let me know what you thought about the song or about the performance in the comment section below.

Easton Corbin performed a great set of his new single, “Lovin’ You Is Fun,” with a seven piece band. He looked very lively on stage and, as I was unaware of who he was before today, has an amazing voice. And this song may go all the way to top of the charts, just as his song “A Little More Country Than That” topped the country charts as the first debut single in nearly 10 years to go straight to number one.

His new album will be hitting stores today, September 18 2012.