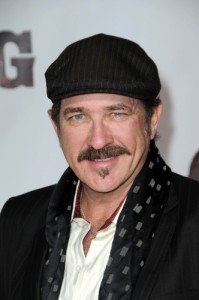 Country artist Kix Brooks is releasing his first solo project, New To This Town, after 20 years with Ronnie Dunn as the duo Brooks & Dunn. (s_bukley / Shutterstock.com)

He released a solo album called Kix Brooks in 1989 before partnering up with Dunn. Brooks & Dunn was the most successful country duo of all time, winning more Academy of Country Music and Country Music Association awards than any other pair.

Brooks’ new solo album is called New to This Town, and is on sale now. The title song, “New to This Town,” is appropriately about starting over. GMA’s Amy Robach asked Brooks what the last two years have been like for him.

“Gosh, it sounds cliche, but 20 years goes by in a hurry,” Brooks said. “Kind of back to doing whatever it was I was doing before…it feels right.”

Brooks wrote 50 songs to potentially use for the album over the last two years, but he said most of them weren’t very good.

“I kept 12 of them that were worth singing,” Brooks said.

The singer said that everything from memories to seeing the people around him served as the inspiration for New to This Town.

“If I was just writing about what I do every day it would be a pretty boring album,” Brooks said.

Brooks Sings “New to This Town” for Good Morning America

Brooks performed “New to This Town” for the audience at Good Morning America.

Were you a Brooks & Dunn fan? Will you be purchasing Brooks’ new album?