Wearing classic light blue and white Jordans with NBA socks, Jason Sudeikis sat down with GMA to talk about his upcoming animated film, Epic. He calls his character an “over-minded professor” who believes in a gut feeling he has about a civilization of tiny people living among us. His gut turns out to be right, as we find out in the trailer and his daughter, played by Amanda Seyfried, sets out on an adventure through this tiny civilization. What makes Jason’s character interesting is that he is a man of science operating on faith. He believes in these tiny people, no matter what science nor anyone else says. Jason said when he was first approached about the film, he assumed he would be playing a comedic role, however Chris O’Dowd and Aziz Ansari carry the comedy. He said he channeled his inner Jimmy Stewart to play his fatherly role to Amanda Seyfried’s character. Jason said that he did not even meet Amanda Seyfried until the red carpet premiere of the film, as frequently happens with animated films. Epic opens in theaters everywhere Friday, May 23. 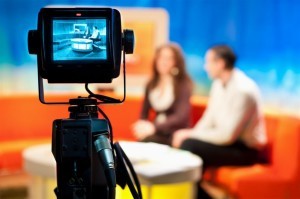 SNL Departures: Will Sudeikis Be Next?

Jason Sudeikis has been a regular on Saturday Night Live since 2005. With the departure of other show regulars Bill Hader and Fred Armisen, questions are arising about Jason’s fate on the show. Jason said he is not sure if he will be back in the fall for another season of Saturday Night Live. He is engaged to be married to actress Olivia Wilde and they are currently “planning to make plans” for their nuptials, so he may not have time on his hands for another season, but we will have to wait until the fall SNL premiere to be sure. “You never leave SNL,” Jason said. “It’s like the mob. It never leaves you and you never leave it.”