Another double elimination happened on Dancing With the Stars and some crowd favorites went home again. The dancing couple of Apolo Ohno and Karina Smirnoff were voted off, as well as Emmitt Smith and his dance partner Cheryl Burke.

Ohno and Smirnoff were able to leave the show on a high note ending their final dance with a perfect score from the judges. As for the 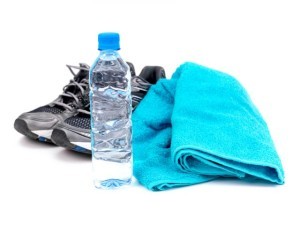 Good Morning America talks with the contestants who got eliminated from Dancing With the Stars about there time on the show & whats happens next for them.

competition itself, Ohno said it was challenging and tough but he gave it his all every single week. He said he and Smirnoff both had an amazing time on the show.

Emmitt Smith said getting eliminated from the show was hard for his daughter to witness. He has been trying to teach his children to give their best all the time even if you lose sometimes. He said he had to call his daughter, who was devastated, and tell her everything was going to be alright. He told her somtimes you give your best and there is still someone better. You have to get back on the hose and continue having fun doing other things.

Good Morning America wanted to know if Cheryl Burke was actually going to be the next bachelorette. She said nothing is official yet but she would be interested on being on the show.

Smirnoff said the competition was fun despite the numerous injuries she incurred during the season. She said she has been in pain since the second week of the competition.