The NBA Finals begin tonight and Good Morning America brought in former NBA star Grant Hill to break it all down. Hill said the Miami Heat, defending champions, are fast and furious. He said the San Antonio Spurs are “slow, steady and get the job done.”

Going up against Lebron James is going to be a big challenge for San Antonio. Grant Hill said he is one of the greatest basketball players around. Just watching footage of James, you can see he’s going to be the player to watch out for. At the same time, the Spurs have Tim Duncan, who is a legend in his own right. Hill said that it’s great to see him still playing the game and still being a top player. 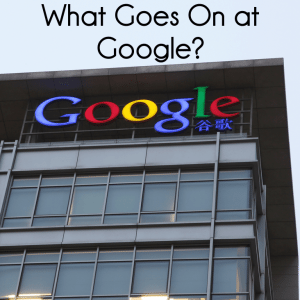 Vince Vaughn & Owen Wilson led us on a tour of Google headquarters where they filmed their summer comedy, The Internship.

Grant Hill recently announced his retirement from basketball. He played for 19 years and retired with the Los Angeles Clippers.

While Man of Steel is the most anticipated movie of the summer, I’m going to be spending my money on The Internship. Starring Owen Wilson and Vince Vaughn, the comedy geniuses behind Wedding Crashers, The Internship is getting so much buzz that it might just surprise us all.

Vaughn and Wilson took us on a tour of the set of their film, also known as the real life campus of Google. Vaughn compared it to a Sandals Resort. They rode around on newfangled bikes and tested out the wildest creations to come out of the human mind. In real life, these guys are not the most tech savvy.

Vince Vaughn said he only got a cell phone a few years ago. Owen Wilson, on the other hand, was one of the first people to get a BlackBerry device. He knew it was going to be big.

As far as art imitating life, Wilson had a few jobs in college. He was once a pool cleaner, but alluded to the fact that his business was short lived because he had more poolside hook ups than he should have.

“It really is sort of about wanting to change your circumstance,” Vince Vaughn explained. “Wanting to have better things in your life than what you have.”