A new reality show is coming to to TLC. Secret Princes takes four royals who are having a hard time finding love and sends them to America where they go on blind dates and try to meet the women of their dreams. Of course there is a catch. The princes cannot tell them they are from royalty and they must also live like a normal person.

The royalty on the show are Prince Francisco De Borbon of Spain would be in line to be the King of France, if France still had kings. Lord Robert Johnathan Walters related to Henry the XIII. The Hounorable Ludovic Watson, the geeky 22 year-old is the ancestor of much royalty in England. The final single prince is Prince Salauddin Babi of India, who said he is single and ready to mingle.

And the royalty on the show are looking hard to find a mate because a few might have to go back to arranged marriages. 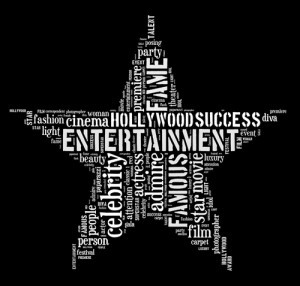 Lara thought she had a hard time picking out a dress even with the help of her stylist Joe Zee. She narrowed the dresses she likes down to three which the audience can vote on which of the three she should wear. Voting can be done at the Good Morning America website.

But at least she doesnt have to pick the final dress for herself. Brooke Burke does. Burke, who is also co-hosting the pre-Emmy show, enlisted the help of of her own stylist to go through what seemed like a hundred dresses. She tried on every style of dress from long and elegant to short and revealing, each dress with one vibrant color to the next. She eventually decided to wait to reveal the dress she decided to wear.

Burke also tried on copious amount of jewelry that she said she borrowed from the store.

Suze Yalof Schwartz joined Lara in the studio to talk about what dresses everyone should expect to see coming down the red carpet. Schwartz, who was the Executive Fashion Editor for Glamour Magazine, said to look for a lot of dresses that are very snug on top and become more frilling and lacy near the bottom.

Lara also talked to Chris Connolly about who he thought was going to take home a few of the Emmy’s. Connolly said he thought Amy Poehler would win Best Actress for her role in Parks and Recreation. He thought the Emmy for Best Actor would go to Ed O’Neill, one of the stars on Modern Family.

Good Morning America sat down with Dancing with the Stars dance partners Apolo Ohno and Karina Smiroff. Apolo Ohno, the winner from season 4, said it is nice to work with a new partner and Smirnoff is pushing him to be his best. Ohno said the competition was going to be difficult but he can’t change that so he doesn’t want to worry about it.