It all came down to two. Jacoby Jones and Sean Lowe were in the bottom two last night on Dancing with the Stars. Unfortunately, Sean and his partner, Peta Murgatroyd, had the lowest scores and were sent home. Their early dance rehearsals prepared them to be bright-eyed and bushy-tailed for an interview with GMA this morning. 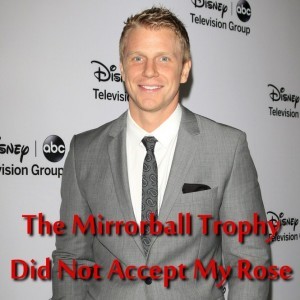 Sean Lowe and Peta Murgatroyd were eliminated this week on Dancing with the Stars. They weighed in on Kellie Pickler’s DWTS explosion with the judges. (Image Credit: Joe Seer / Shutterstock.com)

Sean said he knew that when he was in the bottom three with Kellie Pickler and Jacoby Jones it was his time to go. He appeared in good spirits about not making it to the mirrorball trophy.

After a huge blow up Monday night, the judges were split on the scores for Kellie Pickler and Derek Hough. Derek laughed off the situation, but Kellie was Bambi caught in the headlights. She wasn’t sure how to take the extremely harsh criticism. They all thought that Len had lost it, but he really hated the flashing lights and pageantry of the performance.

Sean Lowe said that Len gave him the same score he gave Pickler, which was way off in his opinion. He thought that Kellie did very well and Peta just laughed seeing the footage played again.

“It was like seeing your parents fight in front of the kids,” Peta said.

Sean had no dancing background and he credited Peta for taking him this far. He said he felt awkward on the dance floor and was amazed that he made it in the competition.

Peta Murgatroyd plans to choreograph Sean Lowe and Catherine Giudici’s first dance at their wedding. She wants to give the couple a waltz and said that Catherine is an amazing dancer.