For nine months, Kelly Ripa has featured 59 different guest co-hosts on Live! with Kelly. Now, her permanent co-host is about to be revealed, and Kelly took a moment to speak with GMA’s Sam Champion from her dressing room via satellite.

First of all, if you’re hoping for spoilers, you’re out of luck; Kelly would not spill the beans, no matter how hard Sam tried. However, she did say that her new co-host is “beloved by men, women and children.” 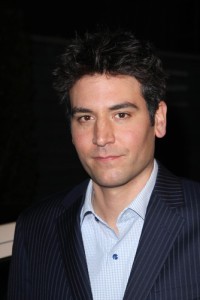 Of course, Kelly had to go through this very process herself twelve years ago, so Sam asked, what advice would she give to the new co-host? Kelly said that on live television, it’s important to just be yourself every day; if you don’t, the audience will see right through you.

Kelly Ripa likened the co-host choosing process to appearing on The Bachelor; however, unlike those couples, Kelly said that she and her new co-host are going to last!

Josh Radnor is the star of the hit CBS sitcom How I Met Your Mother. However, Josh is also a talented filmmaker, and his latest project is one that he wrote, directed, and stars in, called Liberal Arts. On GMA September 4, Josh sat down with George Stephanopoulos to discuss the making of his new film, which was a huge hit at the Sundance Film Festival earlier this year.

Liberal Arts features a great cast that also includes Elizabeth Olsen, Richard Jenkins, Allison Janney and Zac Efron. Josh explained that the film was inspired by a trip that he had taken back to his alma mater, Kenyon College in Ohio, a couple of years ago. The trip had Josh thinking about nostalgia and the passing of time as he realized that he was almost twice the age of all the students. “I had not planned on aging, but it happened anyway,” Josh joked.

Josh plays Jesse, a man who misses the exchange of ideas and socialization of college, and can’t seem to find himself in the adult world. When he visits his old school, he strikes a bond with a nineteen-year-old student, Libby, played by Elizabeth Olsen.

What George wanted to know was, what does Josh have against Twilight? Josh laughed and said that he has nothing against the popular series, although his character does in the film. “Jesse is the type of character who would completely judge people based on the books they read,” Josh said. In the film, the scene poses the question of whether people should read to make themselves smarter, or just read for sheer entertainment.