Good Morning America: Katy Perry On Top of the World? 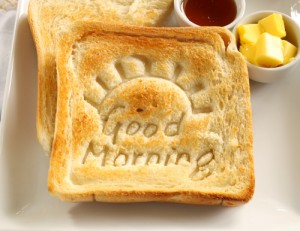 Good Morning America finds out where Katy Perry has been and Katie Couric talks about the murder of Yeardley Love and educating women on dating violence.

Katy Perry released a picture the other day of her literally standing on top of the world. The picture shows the young singer standing high a top a mountain with her arms raised in the air as if she has finally realized where she needs to be in her life.

As Good Morning America put it, Perry is known for kissing other girls and hanging with California girls, but now she may be known for climbing a volcano. Perry has recently been on her own Eat, Pray, Love type of journey and keeping everyone updated on her twitter.

On tweet read “I ate, I prayed and I climbed a volcano.” Good luck Katy. I wish I could go on a spiritual adventure just because I felt like it.

Good Morning America sat down with Katie Couric to talk about a new story she is working on. The story centers on the murder of Yeardley Love, a University of Virginia women’s lacrosse student-athlete, who was murdered by her boyfriend George Huguely. Huguely said he kicked open Love’s door and repeatedly shook the women and knocked her head against the wall. He was arrested and charge with the murder.

Couric said she wanted to tell the story of the murder because she wanted to educate women on dating violence. Couric said she herself has daughters and she wants them to know the dangers. She cited that 1 in 3 college women have reported being in an abusive relationship and 1 in 10 high school girls said they have already by physically abused in some way.

In a tear jerking interview with the mother Couric asks Yeardley’s mother to tell her about the time she found out her daughter was dead. She said everything was a blur and she couldn’t even remember what the cop asked her. She just knew her daughter was gone.