Last week, Amy Robach sat down with Honey Boo Boo and Mama June from Here Comes Honey Boo Boo to talk about their lives. This week, Good Morning America showed more of that intriguing interview. Amy Robach got to play with Honey Boo Boo at her favorite places to play, including the Fun Factory, where she can sock skate. They bonded so much that Honey Boo Boo, whose real name is Alana, gave her some of her purple bows to wear in her hair. During the actual interview, Alana did the robot while saying her own name and lifted her shirt to drum on her stomach. She’s definitely a character. 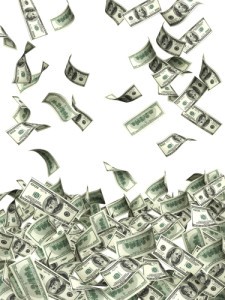 Despite the large amount of money Mama June and her family are making from Here Comes Honey Boo Boo, Mama June is saving the money for her kids for when they are older.

Mama June said she has no plans for their lives with all the money they received from the show. She said that they do raise a lot of money for the community. She said that she’d like to expand her house, but it’s not at the top of her priorities. She even still does extreme couponing. The only major purchase she’s made since getting the paychecks from the show is a used truck. Mama June said that Alana asked for an iPod for Christmas but didn’t ask for anything more than that. She said her kids don’t feel like they need anything. Amy Robach said there was a lot of love in that house. Mama June is saving the majority of the money for her children’s college funds.