Actress Eva Longoria, who was a huge President Obama supporter and campaign co-chair, called in to Good Morning America to talk about the election results.

Longoria said she was in tears when she received news that Obama was reelected, and was so excited. She said the election showed that the middle class won and wouldn’t let anyone stand in their way.

She said it was a huge night for women, LGBT persons and Latinos. She noted that there were a record number of women elected to Senate seats.

GMA: Almost Half of America Didn’t Vote for Obama 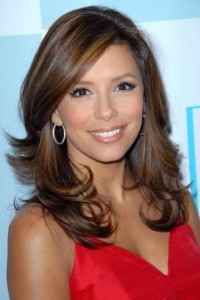 The Eva Longoria campaign for the reelection of President Barack Obama was successful, and she called in to GMA to talk about why she did it. (s_bukley / Shutterstock.com)

GMA’s Lara Spencer brought up that half the country didn’t vote for Obama, and asked Longoria how she thinks he will fix that.

Longoria said that this was because America is the most diverse nation on the planet, and Obama was reelected because of his policies that work. She said it’s time to work for peace and end the gridlock in Congress.

Longoria said there was a lot of change that happened on the down ballot and hopefully that will help America and Congress. She hopes that partisan politics will end.

President Obama has given a lot of praise to Longoria for her help, and she said she was honored. Longoria said she didn’t do it for the celebrity, but because she cares deeply about this country.

Longoria said she campaigned as her civic duty and she knew Obama was the clear choice for where she wants to see the country go.

She also said that something needs to be done about the long lines to vote, especially in Florida.