In tonight’s Modern Family, Cam (Eric Stonestreet) has to do Lily’s hair for her gymnastics competition. While this is a completely capable act for Cam, the writers made it even funnier. Cam obviously wants his daughter to do well and look fabulous while doing so. He pushes tons of pins in her head and then had her spin around, shake her head and do “Beyonce” moves. 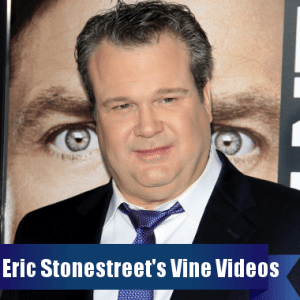 Eric Stonestreet is one of the funniest guys in Hollywood. His Vine videos and dreams of being a clown have only added to his character outside of TV. (image credit: Joe Seer / Shutterstock.com)

When the hair doesn’t move, Lily is ready to go out and squash the competition. Stonestreet said that the storyline gets funnier from there.

Eric Stonestreet said that this plot came from real life. There is something weird about watching your kids compete, he said. Something takes over you and you suddenly want to kill all of the other kids on the field so that your precious child is the victor. Josh Elliott said he never thought he would have malicious thoughts against a four-year-old until his daughter, Serena, started playing soccer.

There were a ridiculous amount of clowns in the audience in Times Square. This is because Eric Stonestreet wanted to be a clown at the start of his career. His dream was to work with Ringling Brothers Barnum and Bailey Circus. Stonestreet went to Chicago to audition several times for the shows and clown school.

He said that it takes a lot of physical comedy to be a clown. You have to be able to connect with not only the people in front of you but also in the rafter seats.

Vine is like Instagram for videos. You can piece together funny moments and scenes with just a few taps on your smartphone. Of all the people to follow on Vine, Eric Stonestreet is probably the best, funniest and most unpredictable. Below is an example of the genius you get. He has a really great series from his trip to Disney that I highly recommend.