GMA: Margaret Thatcher Passes Away At 87

People magazine managing editor Larry Hackett came by Good Morning America April 8, 2013 to talk about the headlines of the day. First up was the passing of Margaret Thatcher. Hackett said she was an important leader who transformed the country from socialist policies to capitalistic ones. George Stephanopoulos said that when you think about Great Britain in the 20th century, it’s Winston Churchill and Margaret Thatcher that come to mind. Margaret Thatcher was elected at 34 and the mother of twins, which the anchors agreed was emblematic of the modern working mother. 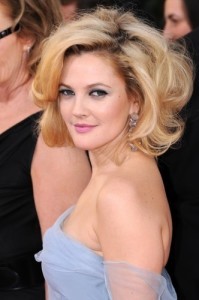 Actress and new mother Drew Barrymore said that she thinks mothers can’t have it all. (s_bukley / Shutterstock.com)

A new diet called the overnight diet is causing waves across the health-conscious community. The new diet claims you can lose up to two pounds overnight and up to nine pounds in one week after the first week. It all comes from Dr. Caroline Apovian, who wrote a book called The Overnight Diet. She insists that six days of a high-protein diet, one day of a liquid diet and good sleep will lead to weight loss. Dr. Apovian said that if you get enough sleep, you won’t get hunger pangs. She also says that exercise isn’t required, because you will lose fat and retain muscle mass from the protein. Critics say that the weight you lose overnight is water and salt. Correspondent Linsey Davis said that she thought the key was the liquid diet. “Does chardonnay count?” Lara Spencer asked.

“It might come off sooner or later, but we’re going to wait until the right moment,” Sean Lowe said, adding that he wanted people to focus on his dancing, not his chest.

In order to stay so tan, Sean Lowe and his partner spray tan in their underwear every Sunday. So if you’re just waiting every week for Sean Lowe to take his shirt off, maybe that bit of information will carry you through until “the right moment” when he finally takes his shirt off on the show.