GMA: Dancing with the Stars All Stars 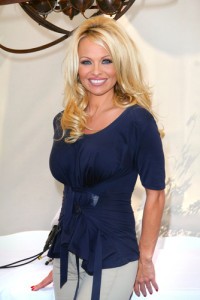 Pamela Anderson and other previous contestants will get another shot on the upcoming Dancing With The Stars All Stars season. (s_bukley / Shutterstock.com)

A lot of speculation of who would be paired with whom has been building over the past few months. Would the stars be paired with the same dancing partners as they had the previous years or would the producers change up the pairs? Many of the stars wanted the same partners claming they would be more comfortable, but comfort doesn’t bring in the views.

After Kirstie Alley tweeted she couldn’t keep a secret any longer, Good Morning America knew they had to let the beans spill.

After months of waiting, Good Morning America finally announced the parings for this years Dancing with the Stars season. The pairings are as follows:

And some of the teams, such as Emmitt Smith and Cheryl Burke, may have an unfair advantage being with the professional dancers they has been with on previous seasons.

Good Morning America: Dovolani and Rycroft are both excited

Tony Dovonlani called in to the show to say he was “excited about this season” and “couldn’t be happier” about working with Melissa Rycroft, his partner and finalist in season 8 of Dancing with the Stars. His advice for winning the season? “Keep having fun, keep smiling and keep the audience happy.”

Melissa Rycroft was also called but the phone kept cutting out as she answered but she seemed eager and happy to be dancing with her partner she felt comfortable with.