Even if you missed out on the Brown Thursday or Black Friday deals, do not fret, more deals are on their way today and today only. Cyber Monday is launching today and many stores are getting behind the internet friendly deals.

But how do you know where to get the best bang for you buck? Good Morning America scoured over numerous websites to come up with the best Cyber Monday deals.

Good Morning America: Kindle for Only $129 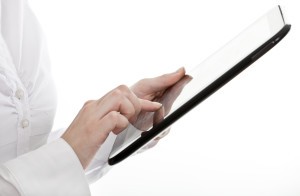 Good Morning America takes a look at some cyber monday deals including deals from Kohl’s, Banana Republic, Land’s End and more. You can also score a Kindle for $129!

Tablets are really cheap right now, especially on Cyber Monday. The Kindle Fire usually sells for around $159, but today only Amazon is selling them for only $129.

Sad news if you are looking for anything Apple related that could be a good deal. The best Good Morning America could find was $15 off a new iPad.

Some stores are not offering single items at a discount, opting to rather add a blanket discount to the entire purchase. Banana Republic and Land’s End are just some of the stores offering 30 percent off an entire online order.

Even some of the big name stores, like Kohl’s, are offering last minute deals by giving 20 percent off the entire online order. They also have some deals on other appliances, such as coffee makers and kitchen equipment.

Some of the best deals around are happening today and there are far more deals than just the ones Good Morning America found. Happy online deal hunting. If you find something good you think everyone else on Recapo might enjoy, share the idea with us in the comment box below.