“Mommy Blogger” Rebecca Eckler is receiving backlash after leaving her 10-week-old baby behind to go on vacation, and then writing about it. This has caused a fierce debate over how soon is too soon to leave your baby. 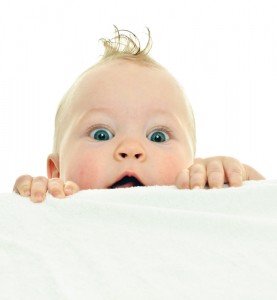 Good Morning America spoke about Mommish Blogger Rebecca Eckler, who left her 10 week old baby to to go on vacation in Mexico.

“I think a happy mom makes a happy child and you know your child better than anyone else,” Eckler said.

When she posted an article online titled, “I’m Leaving My 10-Week-Old To Go On Vacation,” she started a firestorm.

“Everyone is going to have an opinion about something, including this,” Eckler said.

Eckler, who took a six day vacation to Mexico, says in the article, “It’s a vacation for me…since I can’t read the mind of a two-month old baby, I’m not sure he’s really going to miss me. Yes I’m ditching my baby…I think that, even from his early age, I’m teaching him a sense of independence.”

“When my daughter was young, spending a night away would have been more stressful than relaxing,” fellow Mommy Blogger Lindsay Cross said.

Eckler has received comments on the article saying that she is “self-indulgent” and “If you need a weekend away after only 10 weeks, you weren’t ready to become parents.”

“Nine months of pregnancy is a very long time it is very hard on a woman’s body,” Eckler said. “Pretty much by two months in I think that most women actually do need a vacation.”

“First of all, I’m a mother before I’m a doctor, and as a mother no way would I leave my baby,” Ashton said. “I didn’t and I wouldn’t if I were having another one now. Medically there’s no answer though to this question. All we know is that babies developmental task is to bond with their caregiver and form trust that their needs will be met, and at 10 weeks no one can tell you if that’s been done and no one can tell you how much a week away will jeopardize those tasks.”

Zarin said she went back to work six weeks after giving birth.

“I didn’t have a choice and a lot of women, especially single moms, they have no choice and I think that it’s a little bit hypocritical if the husband or wife had to go away on work after ten weeks, you wouldn’t even be discussing it, it would be okay,” Zarin said. “So when is it okay and when isn’t it? What difference does it make? If you’re saying it’s about the health of the child it really doesn’t make a difference and in my opinion you should go away before the child is walking and moving, before they realize you’re away and before there’s really anything you can do to develop them. At that age they’re sleeping, you’re nurturing them and they’re sleeping at night by the way and working parents are out all day long. So I don’t really see that it’s such a big deal.”

Zarin also thinks that Eckler’s blog was written with a very guilty tone. She thinks society’s pressure on women to be so many things is unhealthy.

Do Women Relax with Second Child?

Ashton thinks Eckler’s decision was most likely influenced by the fact that this is her second child, and she is now more relaxed as a parent.

“It’s something I see all the time with women who with their first baby, their first pregnancy, they’re walking on eggshells, everything gets sterilized, and they bubble wrap the baby in their household,” Ashton said. “And then we realize guess what, babies are pretty resilient, the five second rule, you put it in your mouth and then give it to them it’s sterilized. I think we need to separate from this issue opinion and judgement – my opinion, I wouldn’t leave my baby for a non-work related luxury vacation, judgement, I don’t pass judgement on any mother who’s doing the best they can.”  What would you do?  Would you be comfortable leaving your baby for vacation?  Leave a comment below and share your thoughts!