Marla Sokoloff Stopped Saying “No” to Her Daughter

When you first hold your child in your arms you might feel this overwhelming sense of pride, joy and love. As soon as they start crawling or hit those terrible twos, those feelings might ebb a little. You find yourself say “no” more than “yes.” Some parents, like actress Marla Sokoloff, are trying a new approach—exiling “no” from their vocabulary. 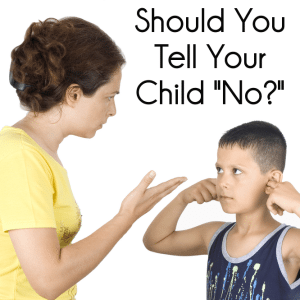 Actress Marla Sokoloff and other parents are taking the “no” out of parenting. Dr Karyn Gordon said that “no” is essential for parenting children.

You may remember Sokoloff as Stephanie Tanner’s BFF on Full House or from her role on Desperate Housewives. These days, Marla Sokoloff is playing mommy to a 15-month-old little girl. She said she felt that “no” was being said too much and she and her daughter were starting to resent and hate the word.

“It got to the point where she was literally laughing in my face,” Sokoloff said. The word “no” had lost all meaning to little Elliott. Experts said that if you say “no” all the time, your child won’t take you seriously.

How To Punish Children Without Saying “No”

Marla Sokoloff still reprimands her daughter, but doesn’t use “no” at the drop of a hat. She said her husband’s “no” was turning into a chain and her daughter just stopped responding to the word.

To make this work, the family picked three non-negotiable “no’s.” Standing in the bathtub, throwing food from the highchair, and trying to eat the dog’s food are Marla Sokoloff’s three big “no’s.”

All other instances where punishment is needed result in the “no” look. Children learn to fear that look into their teens and twenties. Sokoloff said she feels better about herself as a mom.

Dr Karyn Gordon: Why You Should Say “No” To Children

Dr Karyn Gordon said the word “no” is pretty important. She talks to parents that say they want their children to be self-disciplining, and the only way to do that is by telling the child “no.” Children may laugh at it at first, but they will learn what comes with that word. Falling into the trap of “my child doesn’t like me” is dangerous. You need to stay firm, because your children will be better off from consistent boundaries.

What do you think, parents? Would you ever cut out “no” from your child’s life?