Jordan Younger, the woman behind the popular blog The Blonde Vegan, turned her diet into a social media empire, and it quickly became an obsession for her. Unfortunately, that obsession developed into an eating disorder called orthorexia. ABC correspondent Juju Chang shared the story on Good Morning America. 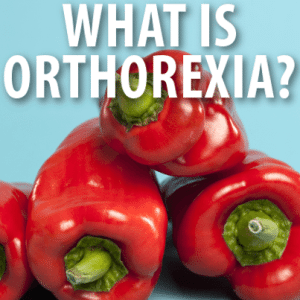 Jordan Younger maintained a vegan diet, until she developed orthorexia. What is it? (Stacey Newman / Shutterstock)

Jordan Younger went vegan as a simple goal to get healthy. She never expected her blog, The Blonde Vegan, to attract such a following, including over 70,000 followers on Instagram. However, the bigger surprise was that after only a year of living as a vegan, things started to get bad.

Jordan Younger said, “I would just stand in front of the refrigerator for 20 minutes, totally panicking that I wasn’t going to be eating the right thing for my body. I was a slave to food.”

Good Morning America: I Have Orthorexia

In a shocking blog post titled “Why I’m Transitioning Away from Veganism…” Jordan Younger revealed that she had developed orthorexia, an eating disorder that’s defined as an extreme of excessive obsession with eating healthy. Juju Chang said that she’d never even heard of Orthorexia, and Jordan Younger said she’s not surprised, and that many people have never heard of orthorexia.

Jordan Younger said that she restricted her own diet so much that she developed a mysterious rash, grew weak, and even stopped having her period. Essentially, Jordan Younger was malnourished.

After Jordan Younger admitted her problem, she received many negative comments from people who thought she was making the wrong decision, telling her she needs to “get over” herself and “think about a higher purpose like the planet.” Jordan Younger said that she even received death threats for her diet choices. However, many other people encouraged her to do what was best for her body.

Jordan Younger has now added fish and eggs to her diet, and changed her Instagram name from @theblondevegan to @theblondeveggie. She spends time working on her new clothing line, which includes shirts that show off phrases like, “Oh kale yes!”

Jordan Younger said her new message is all about balance, and that everything should be done in moderation.

Good Morning America: What is Orthorexia?

Dr. Richard Besser was on Good Morning America to discuss Jordan Younger and the eating disorder orthorexia. Dr. Richard Besser said that orthorexia isn’t an official psychiatric diagnosis, but that it’s still an eating disorder with similarities to anorexia and bulimia. In anorexia and bulimia, people become obsessed with the calories, but with orthorexia, people become obsessed with the food itself, and going for the perfect diet.

Dr. Richard Besser said that an all plant vegan diet can be healthy, but you have to be careful about it. He said that the best way to make sure you’re getting all the vitamins and components of a diet that you need on a vegan diet is to work with a nutritionist.