Home > Fran Drescher Tawk Show > Fran Drescher Franism
When you buy through our links, we may earn an affiliate commission. As an Amazon Associate we earn from qualifying purchases. Learn more. 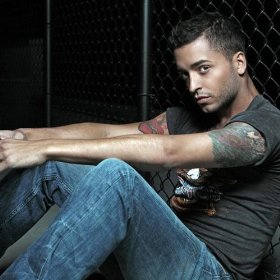 Jai Rodriguez said that he was very proud to be a part of Queer Eye for the Straight Guy, because it was the first show to have an all gay cast.  His own mother was a bit less accepting of the fact that Jai is gay though.  His mom had no idea he was gay because he did not act out on it in high school, but he got a part as a gay drag queen in a theater performance, so he used that as an opportunity to tell his mother that he was gay.

Jai told Fran Drescher that he felt like his mother wanted nothing to do with him after finding out that he was gay.  She went off and remarried and had another kid, so he was completely estranged for 5 years.  Then, Jai was in a relationship with a therapist and when they started talking about the holidays, his boyfriend encouraged him to reach out to his mother and to try again.  So he made contact with his mother and she said that she thought he hated her.  So it all turned out to be a big misunderstanding!  Now Jay Rodriguez and his mother have a new relationship and talk every other day.

Fran is right – you really cannot separate a woman from her child.  Fran ended her show with a live performance of Jai Rodriguez singing his song called Broken.

Fran’s Franism of the day is: “When you look for the good in others, you always discover the best in yourself”