Home > Fran Drescher Tawk Show > Fran Drescher Advice
When you buy through our links, we may earn an affiliate commission. As an Amazon Associate we earn from qualifying purchases. Learn more. 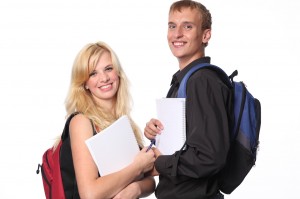 Scott Sternberg: Bullied As a Child

Scott Sternberg told Fran Drescher that he was bullied as a kid because at the age of 14 he was only 5’1″ and very skinny.  However, he was quite the tennis player so he made the varsity tennis team his freshman year.  Two weeks after his first tennis match, he was picked up by two big guys, carried to the corner of the tennis court, and put into a drain.  The bullies covered the drain with Sternberg inside and peed on him, before pulling him out and beating him up.  I cannot imagine how children can be so cruel!

Gavin Lurssen: How to Deal With Bullies

Gavin Lurssen told Fran Drescher that he was bullied for around 10 years straight because he was very small and had a low self esteem.  He dealt with bullies by trying to develop tactics for how to avoid the bullies.  He knew if he went down one hall he would get hit in the stomach whereas if he went down the other hall he would get hit in the face.  Lurssen said that this definitely effected his performance as a child and that he hated school because of the bullies.

How to Recognize If Your Kid is Being Bullied

Fran Drescher asked Dr Sheila Forman for advice on how to tell if your child is being bullied.  Dr Forman said that bullies bully because they can.  You need to create a climate at home so your children feel comfortable to talk to you about it.  Parents can look for signs such as a change in behavior, a good student may no longer like school, or there may be physical ailments like insomnia, anxiety, depression or stomach aches.  Sit down and talk to your children.  You can say that you saw a segment on the Fran Drescher Tawk Show or that you read this TV Recap on Recapo and that you want to know what they think about the topic.  Also, tell them that nothing bad will happen to them from sharing anything with you.

Fran Drescher also brought on Christopher Hoffee, who was a bully when he was younger.  He said that as a child he had a lot of anger because his step-parents were physically and mentally abusive, and so he was dealing with that and the fact that he had no control at home.  Hoffee was originally from Memphis, and children used to fight all the time in school in Memphis.  But then he moved to California and no children really fought there, but he continued to fight and bully as a way to make a statement that he wanted to be left alone.  He did not even realize he was acting out because he was unhappy at home.  When Chris Hoffee turned 15, he got his first guitar and that was his safe place – so he actually stopped being a bully.  Fran said this is another reason that it is so important to continue art and music education.