You know actor Seth Rogen from his memorable film roles, but now he is taking on a hosting gig. He will talk with Ellen on Friday, February 24, 2012, about his gig hosting the 27th Annual Independent Spirit Awards, which will be on TV the night before the Oscars this weekend. 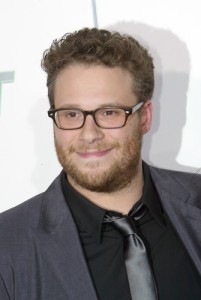 After roles on the critically acclaimed TV series Freaks & Geeks and Undeclared, Seth Rogen made a name for himself on the big screen. You’ve probably seen him in hits like Anchorman, Knocked Up, and Pineapple Express. He has done a lot of voices for animated movies, including Shrek The Third, Horton Hears A Who, and Kung Fu Panda.

Recently he appeared in a comedy-drama about a man dealing with cancer called 50/50. And this weekend, he is honoring some of the best independent films when he hosts the Independent Spirit Awards on IFC, on the eve of the Oscars.

Ellen has hosting experience herself. She presided over the Emmy Awards in 2001, and she actually hosted the Oscars a few years ago in 2007, so maybe she can compare notes with Seth about awards show hosting.

If you still need help filling out your Oscar ballot, maybe you can get some help from Ellen’s housekeeper. She is chiming in about her thoughts on the year in movies, before the red carpet parties and countdowns begin.

Bethenny Frankel has made a name for herself after becoming well known on Bravo’s reality series, The Real Housewives of New York City. She has starred in her own spinoffs, published four books, and developed her signature line of Skinnygirl cocktails.

It seems like Bethenny can give Ellen lots of advice on workout tips as well as fashion. But she may be asking the reigning queen of daytime, Ellen DeGeneres, for a few pointers. That’s because Bethenny is working on her own talk show which could be coming to your TV soon.

With so many shared interests and a habit of keeping busy, these ladies should have a lot to talk about when Bethenny visits Ellen’s show on February 24.