On May 14 2013, Ellen broke news with Keith Urban. He is officially staying on American Idol next season and releasing a new album soon. Kaley Cuoco displayed her best yoga pose. The Cousins on Call showed off their best home makeover yet for a single mom. Also, Natalie Maines played her single off of her solo album. 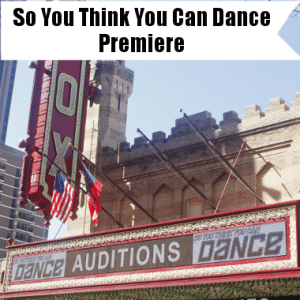 On May 14 2013, Ellen and Kaley Cuoco played with her Heads Up! app. The So You Think You Can Dance team came to perform before the season premiere. (image credit: Darryl Brooks / Shutterstock.com)

Keith Urban shared his classic joke about body parts. He said that as Randy Jackson vacates his seat on American Idol, Keith Urban is scooting on over. He is the only panelist so far to confirm his return next season. Urban gave us a taste of his new single, “Little Bit of Everything.” The So You Think You Can Dance dancers gave Ellen’s audience a taste of what to look forward to this season.

Kaley Cuoco said her father got a big surprise for her mother on Mother’s Day: a tattoo of her name. Layne wasn’t impressed but Kaley has a tat on her lower back. Cuoco showed off her skills with a headstand yoga pose. Then, she and Ellen tried out the Heads Up! app.

The Cousins on Call did a very special makeover for single mom Elizabeth. Her house was in bad shape, so Ellen enlisted friends, family and HGTV stars to redo the home.

Ellen: Natalie Maines Pompadour Haircut & “Without You” with Ben Harper

Natalie Maines’ first solo CD Mother is available now. She and Ben Harper performed her song, “Without You.” Maines plans to tour with the Dixie Chicks this summer.

Ellen Natalie Maines Pompadour Haircut & “Without You” with Ben Harper