Legendary actor and director Clint Eastwood gave an exclusive interview on Ellen September 18. Plus, Carly Rae Jepsen performed a new song and discussed her debut album, and Justin Bieber’s mom, Pattie Mallette, shared details from her new book. Click on the links below to find out more about each segment. 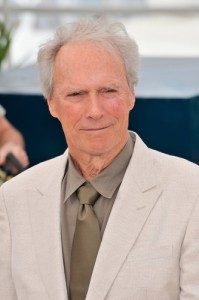 Ellen September 18 shocked the audience with the return of an old favorite in a new package: it was the debut of Classic Joke Tuesday! Plus, Ellen took a look at some strange products that you probably wouldn’t be looking to buy.

Five time Academy Award winner Clint Eastwood joined Ellen September 18 to discuss a variety of topics. His new film, Trouble With The Curve, and his family’s new reality show were discussed. Plus, Clint revealed some of his political views after his headline-making appearance at the Republican National Convention.

Carly Rae Jepsen is the young woman behind the biggest song of the year, “Call Me Maybe.” Carly appeared on Ellen September 18 to debut a brand new single, “This Kiss.” She also sat down with Ellen to talk about the release of her debut album.

Life is tough for teen mothers, but for Pattie Mallette, her story has a happy ending; she raised a son, Justin Bieber, who became one of the most successful musicians in the world. Pattie is revealing how she overcame many of her struggles in a new book, Nowhere But Up, and she discussed her journey on Ellen September 18.