Ellen’s version of relaxing is hanging out on her set and making people smile. That’s why it’s summer and she’s still going strong with all-new episodes! She wanted to thank her fans and show them some much deserved love on June 5 2013. We took a look back on Shutterfly Kindess week and what Ellen’s fans voted as her number one moment ever. Also, Owen Wilson talked about his parenting tactics and his new film with Vince Vaughn. Then, Bridgit Mendler, the Queen of Disney, performed her song “Hurricane.” 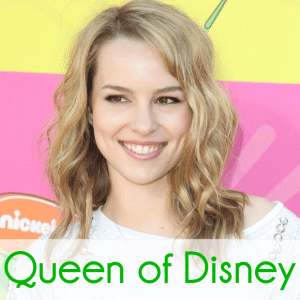 Shutterfly helped Ellen surprise so many people this season. They gave away thousands to deserving fans and plan to keep on giving. The CEO told Ellen that they plan to continue making dreams come true into Ellen season 11. The company gave $100,000 to The Humane Society of America. Then, Ellen’s audience has been voting all season and the favorite moment from Ellen is here! That’s right, Dennis Quaid’s hilarious Starbucks prank took home the number one moment from the last 10 seasons.

Owen Wilson stars in the new comedy The Internship with his longtime friend, Vince Vaughn. He said that his two-year-old son, Ford, thinks he is a superhero and it feels great to be a dad. Also, Owen played a hilarious round of Heads Up! with Ellen. Find out how many movies he has been in with Ben Stiller!

This summer belongs to Bridgit Mendler. The “Queen of Disney” is getting ready to go on her summer tour and she stopped by to give Ellen a taste of whats to come. There will be rapping and it will be fun.