Ellen DeGeneres looked back at highlights from season 9 before talking to guests Vanessa Williams & Sarah Hyland. Plus, she reviewed the new reality series Push Girls and spoke with two of its stars. Check out these links for all the highlights from the Ellen May 30 2012 show.

Ellen hosted her “the 170th Episode of the 9th Season Awards” in which she recognized guests from past episodes who have been particularly funny while on the show. Among the people who were awarded were Jennifer Aniston and Jane Lynch. 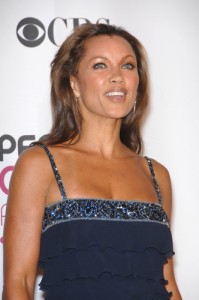 Ellen sent two lucky fans to meet cast members from the highly anticipated film Snow White and the Huntsman. While there, Charlize Theron taught them how to walk like a queen and Kristen Stewart confessed to punching Chris Hemsworth in the face.

Ellen: Vanessa Williams You Have No Idea, Death Threats & Puppies

Vanessa Williams came on the show and told Ellen all about her new book, You Have No Idea. The book is a memoir that Vanessa wrote with her mother, Helen. While there, Vanessa also talked about her Great Dane puppies and the death threats she received after becoming the first African American winner of the Miss America pageant.

Ellen: Vanessa Williams You Have No Idea, Death Threats & Puppies

Sarah Hyland came on the show to tell Ellen all about her struggles with kidney dysplasia. Sarah said she’s struggled with the disease for more than half of her life. Amazingly, she finally got a kidney transplant after her father donated one of his. Then Ellen asked Sarah about making the Maxim Hot 100 list.

Ellen gaves a special preview of the new Sundance Channel reality series Push Girls and interviewed members from the show.