On April 29 2013 Ellen had a blast with three of her favorite people. Vince Vaughn showed off his manners and talked about his growing family. Sophia Grace & Rosie told jokes and remixed their own version of “Thrift Shop.” 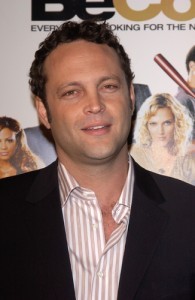 Sophia Grace and Rosie performed their version of “Thrift Shop.” It was much cleaner than the original. Ellen said that Los Angeles was voted the most congested city traffic-wise in the U.S. Ellen counted down her favorite moments from season 10, including Kate McKinnon’s Ellen DeGeneres impression. Ellen’s favorite moment was rapping to Salt ‘n’ Pepa with Rebel Wilson.

Vince Vaughn broke the news to Ellen that he and his wife are expecting their second baby. He shared stories about parenting his two-year-old daughter Lochlyn, who is potty training. He said he’s using chocolate to get her to use the big girl potty. His new film The Internship got to film at the tricked out Google headquarters, where they play quidditch in the hallways.

Ellen got Vince Vaughn good with her hidden camera prank and Amy the Fake Intern. He pushed off a Ben Affleck confusion with class. Sophia Grace and Rosie sat on the couch with Vince and Ellen. The girls thoroughly embarrassed their parents and shared jokes with Vince Vaughn. It was, without a doubt, the most adorable thing to happen this week.