Ellen has a great show May 30, 2014, with comedian Wanda Sykes coming by to talk about Last Comic Standing and Matt Bomer talking about The Normal Heart. 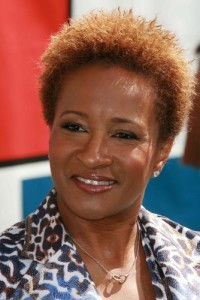 Comedian Wanda Sykes will swing by Ellen on May 30, 2014 to talk about Last Comic Standing, which she executive produces. (s_bukley / Shutterstock.com)

Have you been watching Last Comic Standing? If the first episode was any indication, this is going to be a hilarious season. With judges like Roseanne Barr, Keenan Ivory Wayans, and Russell Peters, all of whom have done some legendary things in the field of comedy, this show is only going to get better as the season goes on. Contestants like Rod Man and Joe Machi cracked me up in that first episode and I can’t see what else is in store. That’s why I’m glad that Wanda Sykes is going on Ellen to talk about the show. She’s one of the executive producers and she’s hilarious in her own right. I can’t wait to hear what funny stories she has about the show to share with Ellen on May 30, 2014.

Matt Bomer, star of White Collar, has made quite a few waves with his portrayal in the HBO film The Normal Heart. The actor plays an AIDs victim and in the middle of filming the movie, they halted production so he could lose an astounding 40 pounds for the role in order to look emaciated and sick from the disease. The story is a heartbreaking look at the AIDs crisis in New York in the 80s when the disease was still new and a lot was unknown about it. Matt Bomer has said that reading the script changed his life. Find out why on Ellen May 30, 2014.

Plus, the actor stars in the upcoming Magic Mike 2 and Ellen will have plenty of wardrobe suggestions for him in the new film, including a pair of underwear with a clown horn on it.

Ellen will also welcome a pair of incredible kid dancers who will grace her stage with their adorablity and astounding salsa dancing skills.