Recapo Update: The articles for the October 11 2012 episode of Ellen are now online. Click on the links below:

Ellen vowed that she’d have her friend Bethenny on her show as much as she can, and so far, she’s making good on her promise! The busy reality star/entrepreneur/mom has got some time to kill before her own show, Bethenny, returns to the air, so Bethenny Frankel will once again be appearing on Ellen October 11. 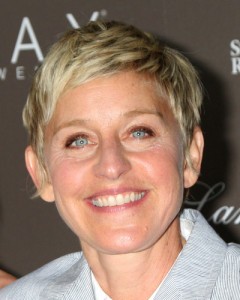 “Bethenny” host Bethenny Frankel will once again take over the Ellen show on October 11.

The last time Bethenny appeared, she totally took over Ellen’s show and revealed a few scandalous audience secrets. What do you think the feisty budding talk show host will be up to this time?

Octavia Spencer broke into Hollywood’s A-List in 2011 thanks to her role as outspoken maid Minny Jackson in the hit film The Help. The film was based on the best-selling book by Kathryn Stockett and also starred Viola Davis, Jessica Chastain, and Emma Stone. For her role, Octavia was awarded a Golden Globe, BAFTA, Screen Actors’ Guild, and Academy Award for Best Supporting Actress. After years of struggling to find work as an actress, Octavia pretty much hit the jackpot!

Originally from Montgomery, Alabama, Octavia has also appeared on television in several guest starring roles. Octavia’s next appearance on the big screen will be in the upcoming film Smashed. The comedy-drama and Sundance Film Festival hit also stars Aaron Paul and Mary Elizabeth Winstead. On Ellen October 11, Octavia will talk all about her brand new film.

Plus, Ellen October 11 will welcome a truly inspiring guest, Ryan Andresen. Ryan is an accomplished  Boy Scout who recently made headlines when he was denied top honors as an Eagle Scout. And no, it isn’t anything that Ryan did; it’s simply because he’s gay. After being rejected by the Boy Scouts, a petition for Ryan to receive his awards has reached 165,000 signatures. To hear more about his story, don’t miss Ryan’s appearance on Ellen.