Winding down her top 1o best moments of television countdown commemorating her 10 years on television, Ellen will reveal number one on May 9! The Neil Patrick Harris will be stopping in to talk about life at home and his hit television show, How I Met Your Mother. Finally, Beth Behrs, who plays a broke girl on the television series 2 Broke Girls, will be coming in to chat about how her life has changed since her show rocketed her into stardom. 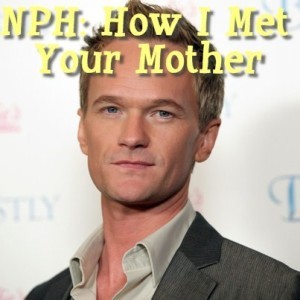 Neil Patrick Harris will be talking about his home life on May 9 2013. (image credit: DFree / Shutterstock.com)

I’m not surprised to hear that Ellen has been on TV for 10 years because I don’t think she’s great, I’m primarily surprised to hear this because I can’t say I have ever paid all that much attention to her. Anyways, that is still quite an accomplishment, and it’s not surprising that Ellen wants to rewind the tape a bit and make cuts for a highlight reel. You can go vote on these moments over at her website right now.

Ahh, Neil Patrick Harris. Hearing your name brings with it so much nostalgia. Whether it was getting Harold and Kumar into way too much trouble on their quest for White Castle burgers or that time I decided to watch an episode of How I Met You Mother on Netflix to try it and woke from a sitcom coma three days later having watched every available episode three times over, Neil Patrick Harris has never let me down.

Enough about me, though. Neil will be coming on the show to also let us in on his home life, where he is raising two toddlers. I’m intrigued to know how the star translates from the stage to the home.

Hailing from Lancaster, Pennsylvania, this blond bombshell has been making waves with her co-star Kat Dennings since 2 Broke Girls debuted in 2011. The show has been a hit with college students and young males consistently since, and she’s letting us know how her life has changed as a result of the stardom.