Recapo Update: This episode of Ellen has aired…

On May 7 2013, Ellen kicks the week into high speed with more of her favorite moments from the last 10 seasons. Also, Lauren Graham talks about Parenthood and her semi-autobiographical novel. Then, Lady Antebellum performs on the day of their new album release. Also, the Cousins on Call are giving an amazing home makeover.

Win a Trip To 12 Days Of Giveaways 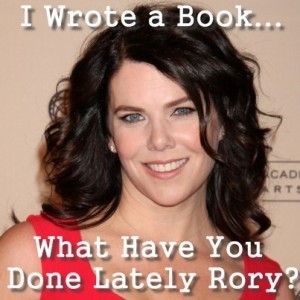 We’ve counted down Ellen DeGeneres’ favorite moments from the last 10 seasons, from Sophia Grace and Rosie to when Ellen’s hair almost touched her shoulders. In the last decade, it’s been a lot of laughs and Ellen is reliving them all. Plus, if you go and vote on Ellen’s website for your favorite moments, you get entered in a contest to go to Ellen’s 12 Days of Giveaways.

Lauren Graham’s first novel, Someday, Someday, Maybe, is semi-autobiographical. Franny Banks moves to New York and dreams of making it on Broadway. She has a small support system, but knows that she has to step it up if she wants to make it big. Franny has a three-year deadline to make it big or she has to turn around and go back to start. Do not pass “go,” do not collect $200.

Obviously, Graham made it big, but will Franny? Men could get in the way, so she needs to buckle down and make things happen. Nothing is worse than failing and moving back in with your parents.

May 7 is going to be a special day for Ellen and Lady Antebellum. The new Lady Antebellum album, Golden, drops. Ellen is also throwing the female lead, Hillary Scott, a baby shower. Ellen has thrown some pretty interesting parties in the past. She threw Ellie Kemper and Keira Knightley bridal showers and tea parties respectively. With Ellen’s Mother’s Day episode airing on Friday, this is just a taste of what is to come.