Recapo Update: This episode has aired…

On May 29 2013, Ellen welcomes the mirrorball trophy winner and friend, Kellie Pickler. She swept the competition with her freestyle contemporary performance with Derek Hough. I’m sure her grandpa is proud! Then, Ellen fist bumps Howie Mandel. Mandel likes to be early for things, so he’s been waiting in Ellen’s talent holding room for a week now. He’s talking about everything America’s Got Talent. 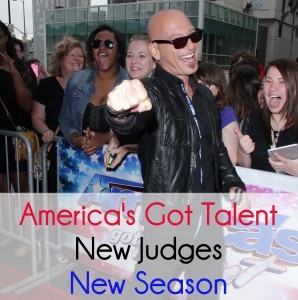 On May 29 2013, Ellen talks to Kellie Pickler about winning Dancing With the Stars. Howie Mandel shows off some of the talent America has. (s_bukley / Shutterstock.com)

Kellie Pickler won, ya’ll! America’s sweetheart was already an accomplished singer, but now she’s shown that she has the emotion and grace of a dancer. Pickler and her winning partner, Derek Hough, were on Ellen earlier in the competition talking about strategy. They performed their exceptional jive, but it was the contemporary freestyle that won them the trophy.

Kellie Pickler said that her grandpa was the one that convinced her to join Dancing With The Stars. It his favorite show and he’s never missed an episode. He was one hand, along with her fiance and new puppy, the night that she won. What’s next for this country cutie? Tune in on May 29 to see!

Howie Mandel: America’s Got Talent With Heidi Klum & Mel B

Also on this episode, Howie Mandel breaks out of Ellen’s talent holding room and gets his turn on the red couch. He was last seen waiting for this episode when Jennifer Aniston stopped by to host.

Howie Mandel is probably pumped that America’s Got Talent is getting ready for its summer premiere. The talent competition has been scoping the country for contestants for a few months now.

The show finally premieres on NBC June 4. This season, Heidi Klum and The Spice Girls’ Mel B steps into the judges seats. Howie has said that these ladies do a great job, so I’m excited to hear what else has happened since Mel B was booed in New Orleans.