On May 14 2013, Ellen is going to explore The Big Bang Theory with the blonde bombshell, Kaley Cuoco. They’re going to talk about everything but science, and that’s a good thing. Then, the Cousins on Call are revealing their home makeover for a single mom with a home disaster. Her family has been working hard and they have a pretty big surprise for her. Also, country singer Natalie Maines has a solo CD coming out and she’s on deck to perform a single off of it for Ellen. 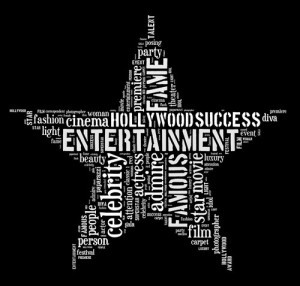 On May 14 2013, Ellen talks to the bubbly Kaley Cuoco about The Big Bang Theory season finale. Also, the Cousins on Call reveal their big makeover. (Image Credit: s_buckley / Shutterstock.com)

If you aren’t watching The Big Bang Theory then I seriously question what you are doing with your Thursday nights. Kaley Cuoco plays the girl next door, Penny. This girl next door has the boys fighting over her, but she probably never expected to fall for a scientist. Especially when that scientist is played by Cuoco’s ex-boyfriend, Johnny Galecki. Leonard and Penny seem to be so perfect for each other, why couldn’t it work for Galecki and Cuoco?

Anyways, Kaley Cuoco stops by on May 14 to chat about the upcoming season finale of The Big Bang Theory. The show was recently renewed for another season, so will they be dropping any huge cliffhangers on us? All I want is a happily ever after for Leonard and Penny and an intimate relationship for Sheldon and Amy Farrah Fowler.

Last week, the Cousins on Call were called in to do a special home makeover for Ellen. A deserving single mom needed a bathroom redo and the rest of her home needed a bit of work. They told Ellen that her family and friends have come out in droves to support her and help with the remodel. Ellen has a special surprise for this single mommy on May 14.

Also on this episode, Natalie Maines talks about her new CD. It’s her first solo album from the Dixie Chicks, who she is still a part of. Mother has a rock and roll feel with a country infusion.

She’s changed her look to reflect her new sound. Her once signature blonde locks are dark brown and cut short. I don’t want to say it looks like Justin Bieber, but the pompadour does look good on her. We’ll have to see what new rocker chick look she has going on on May 14.