On April 10 2013, Ellen is hanging out with fellow TV host Mario Lopez. Ellen’s good friend Bethenny Frankel stops by to update Ellen on the progress of her TV show. Then, country music star Kacey Musgraves comes to perform her hit “Blowin’ Smoke” from Same Trailer Different Park. Also, Ellen shows us more from Sydney and Melbourne. 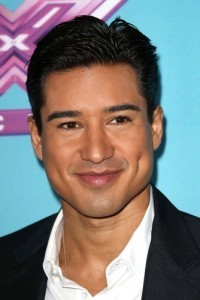 On April 10 2013, Ellen talks to Mario Lopez about being a new dad and his many, many muscles. (s_bukley / Shutterstock.com)

The host of Extra, newlywed and father, who knew AC Slater would go so far? Mario Lopez is sitting down with Ellen on April 10 to talk about a big announcement. He and his wife are expecting another baby! The world can never have enough Mario Lopez.

Ellen says that whenever Mario shows up he ends up stripping in some way. Here’s hoping we get a little shot of the abs to get us through Wednesday afternoon.

Ellen’s friend and fellow talk show host Bethenny Frankel is back. I’ve started to think that Bethenny lives in Ellen’s studio. She’s here at least once a month. Ellen is trying to build her up a bigger fan base for when her show goes live this summer. By the time her show airs, Bethenny will be comfortable with being on camera. Like she wasn’t already with her work on Real Housewives.

Kacey Musgraves is being toted at the new Taylor Swift. Thank God, because I’m getting really tired of “22.” Kacey is performing her song “Blowin’ Smoke” from her album Same Trailer Different Park. Already I love the title of the album. Just from the titles she seems like the anti-Swift.

Also on April 10, we get another treat from Australia. Ellen’s showing what happened when she played a giant game of Know Or Go in the Sydney Harbor. You know that game, where Ellen puts the viewers on a platform and sends them through a trap door when they don’t have the right answer? Well, this time they are falling right into the harbor. Just keep swimming, just keep swimming.