Jack Black has made a career for himself at the intersection of music and comedy, from his popular films to his band Tenacious D. He’s bringing his out of control personality to Ellen’s show on April 25 2012, and there’s no telling what could go on when he’s there.

If you’re a Jack Black fan, you won’t want to miss whatever antics he gets up to during his appearance to promote his latest movie. It’s called Bernie, and his co-star is the legendary Shirley MacLaine. I would be much more interested in her reactions to working with him, but maybe she’ll come on the show another day. 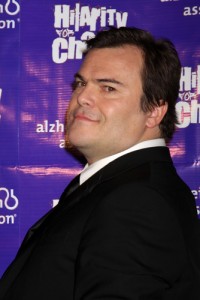 In the meantime, set your DVR now for Ellen’s April 25 2012 interview with Jack Black.

How I Met Your Mother made Cobie Smulders a star. Now she’s doing something with that name recognition by starring in a summer blockbuster. Find out about her role in the new movie The Avengers, inspired by the popular comic franchise.

Though this April 25 2012 interview is her first appearance on the show, it won’t be her first time meeting Ellen DeGeneres. Cobie Smulders is sure to have stories to tell during her chat with Ellen.

We’ve all seen and heard the announcers that tease our favorite movie trailers or introduce the hosts of popular TV programs. But most of them have been at it for decades. One 14-year-old thinks he has the talent to jump the line, and he’ll show off his voiceover skills when he hangs out with Ellen on her April 25 2012 show.

Check out what he wants to do with his life, and how he plans to achieve his goals. I’m sure Ellen will also have a big surprise for him, so check Recapo if you miss the show to find out how things turn out for Jake Foushee.

British youngters Sophia Grace & Rosie are coming back to Ellen’s show. Get ready to brace yourselves for more of their breathless giggling when they turn up on her highly anticipated April 26 2012 episode. You’ve been warned.