Ellen has an excellent episode on January 21, 2015, talking to actor Ewan McGregor and singer Becky G! Check it out below! 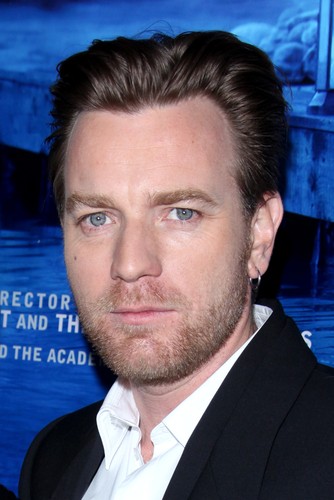 Ewan McGregor will come by Ellen on January 21, 2015, to talk about his new movie Mortdecai. (Helga Esteb / Shutterstock.com)

Actor Ewan McGregor has been in some great films, including Star Wars, Trainspotting, and Moulin Rouge. He’s an incredible star who has played Obi-Wan Kenobi, drug addicts, poets, and many, many others. He’s a master of acting, starring in blockbusters and indie movies. He also starred in one of my favorite movies, The Island, about two clones who don’t know they’re clones who were raised to be extra organs for the rich. The clones escape and discover the truth and the movie gets even crazier from there.

Now, he’s talking about the weird film Mortdecai, where Johnny Depp plays a supposedly debonair art dealer who must play the spy game in a caper involving MI5 and international terrorists. The movie looks really bizarre to me, purposefully quirky and weird, like if Austin Powers had been written and directed by Wes Anderson.

But it is supposed to be a big film this winter, so who am I to judge? Find out what Ewan McGregor has to say about the odd film on Ellen January 21, 2015.

Becky G will make her return to Ellen as a guest DJ to Ellen’s show, her second appearance and second time being a guest DJ. This time around, she’ll perform her song “Can’t Stop Dancin'”. She’s had some hits before, such as “Shower” and “Play It Again.” She’s really popular with millennials and making her way up the pop charts. She’s only 17, but it’s clear she has a bright future in front of her, with her many hits and burgeoning career. It’ll be really interesting to see her perform!