Ellen sent two lucky fans to meet the cast of Snow White and the Huntsman at the movie’s premiere in London, England. The two young women met up with Charlize Theron, Kristen Stewart and Chris Hemsworth on the red carpet.

One of the young women told Charlize right away how beautiful she was. 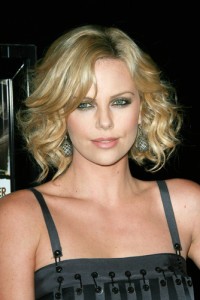 “I’m not going to sleep with you,” Charlize quipped.

Then Charlize taught them how to walk like a queen, because she plays one in Snow White and the Huntsman.

“You have to come from your core really tight, shoulders down, neck long and then just think murder and then walk,” Charlize said as she demonstrated. “And a little bit of the squinting of the eyes. It’s really more of a death stare.”

Chris joked that Kristen said she felt so sorry when it happened but he has since “heard her on various talk shows bragging about it.”

Ellen: Looky Looky At This Booky

Ellen aired a segment called Looky Looky At This Booky in which fans submitted books that had amusing or bizarre titles.

The first book was called Looking Forward to Being Attacked. Ellen opened to several of the pictures, one of which showed a person at the dentist.

“It’s got the classic thing you have to be prepared for,” Ellen said, “the classic scenario when your dentist tries to choke you.”

The second book she showed was called That’s What She Said.

“I noticed that this book was printed in 1984 so I don’t think it was meant to be funny either,” Ellen said.

Ellen said that the book was actually by Native Americans. Whether this was true or a joke was hard to tell. But the chapters she began to read were definitely jokes.

“One chapter is called, ‘Wow Your Teepee Is Bigger Than I Thought It Would Be,'” Ellen said. “Another chapter ‘Will You Paddle My Canoe.'”