Home > Ellen DeGeneres Show > Ellen Music
When you buy through our links, we may earn an affiliate commission. As an Amazon Associate we earn from qualifying purchases. Learn more.

Natalie Maines With Ben Harper “Without You”

Straight off her new album, Mother, Natalie Maines is breaking out of some Dixie Chicks moments to bring her solo work front and center. “Without You” is a little more rock than country, but fans of both can appreciate Maines’ voice. She has the ability to go between the two genres because she has the rock look, country sound and is a stable person. 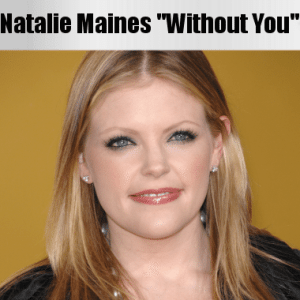 Maines has a family and is still a Dixie Chick. She plans to tour with her main girl group this summer. Fans will still love her, despite the change in appearance. She is rocking a pixie cut with pompadour. She’s still going natural with her makeup, but Maines loves a good pair of heels and a boyfriend blazer with a pop of color. It’s girly and tomboy all at once.

The last time that Natalie Maines was on Ellen was 2006. Since then she has been focusing on her family. Maines’ sons are 12 and nine. They went on tour with her when they were little but don’t remember much, she said. The family joined her at her performance at the Troubadour a few months ago.

“They looked at me like, ‘Wow, you do more than cook and do our laundry,'” she laughed. Ellen called Natalie Maines a “cool mom.”

Fans in the audience were so thrilled that she is going back on tour with the Dixie Chicks this summer. Ellen and Maines had a brief moment of bonding over using “y’all.” Ellen is from New Orleans and Natalie Maines hails from Texas.