Spring is in the air, and Ellen DeGeneres said you can tell from the birds and the bees, as well as the Kims and the Kanyes. She said she’s been gardening a lot this spring. There’s a wooden ladder leaning in her yard, and a gust of wind knocked the ladder over.

Ellen said that she could’ve been hurt by the ladder if she’d happened to be gardening then. It made her think about being in the right place at the right time. We make thousands of decisions we make every day, even just while driving a car, from changing lanes to what streets to take and “whether to honk or give them the finger.” 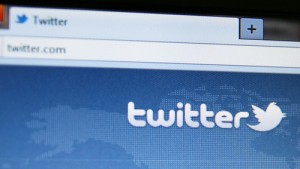 Ellen: How Decisions Affect Our Lives

Other big decisions being made this time of year include what college to attend. “One choice affects the friends you have, the job you get, how much money you make,” Ellen said. She suggested the strategy that worked for her, which involved skipping college altogether. “Just be rich and marry a beautiful actress,” she advised.

Recently, Ellen announced a contest to reward one of her 10 million Twitter followers. They invited the winner to the show, and Ellen surprised her by inviting her onstage. Amanda Lockwood was very excited at her good fortune.

Amanda’s been following Ellen on Twitter for the last year, and she also follows Ryan Seacrest, the Kardashians, and Jim Carrey. As an added reward, Ellen invited her entire audience to follow Amanda’s tweets. You can check her out on Twitter @amanda_lockwood.

Amanda even got to live-tweet the entire show taping, so you can find those tweets in her timeline if you follow her.

As Ellen recently mentioned, April is National Stress Awareness Month. Today is also National High Five Day, and the audience got in on the action. But Ellen said she isn’t into high fives. Her staff thought that was weird, since she high fives the show’s stage manager Chris every day at the start of the show.

To prove that Ellen is a huge high fiver, the staff edited together a compilation of the countless High Fives that have gone down between Ellen and Chris. But Ellen and Chris don’t think what they do is high fiving. They call it Hand Grabs.

“A high five is higher. That’s why they call it a High Five,” she said. “It’s got to be above your shoulder.” I guess she has a point about that. It’s just one of those work habits that started randomly and became a regular thing.

The two have also tried to Blow It Up; incidentally, they did a more formal handshake at the start of today’s episode, probably because they knew they’d been busted.

Ellen announced that Band-Aids now have Quilt Vent technology that allow cuts to breathe while keeping it clean. She forced poor Andy Zenor, dressed in blue, to put these Band-Aids to the test. She shot flour, Devil’s Food Cake mix, paint colors, and even Tapioca at Andy to see if the new Band-Aids would hold up.

Find out Whether Cuts Have To Breathe.

In the end, he was covered in gunk and goop, but he removed the Band-Aid and revealed that his supposed cut was clean and dry.

To help people experiment with their own Band-Aids for a chance to be in a commercial, Ellen gave the audience Kodak Play Full waterproof video cameras.

Ellen and Twitter follower Amanda Lockwood danced to “Ring My Bell” on the show.

Download an MP3 of “Ring My Bell” by Anita Ward.