Ellen DeGeneres kicked off her show welcoming everyone to the show by saying, “This is your happy hour. I am your tequila.”

She then said there’s only one bad thing about being in the audience for her show, and that’s that they will miss the commercials. She said she enjoys watching commercials and said she looked it up, and commercial is a Latin word for “please eat yogurt.” Sure, Ellen! 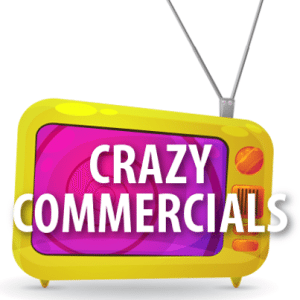 She showed a still from the commercial that showed two red bears, one of which was bent over to reveal pieces of toilet paper on his bottom. Ellen said she had a few questions. First, why bears and why are they red? She said it’s not because they are embarrassed because “clearly they have no shame.”

She explained that in the commercials, the bears talk about how they have fewer pieces left behind. “Do you remember the Care Bears? These are the over-share bears,” Ellen joked.

She said she thought the commercial was strange because in every other way the bears seem completely civilized. She pointed out that they live in a house and read the newspaper. “Why no pants?”

She said that was all about that commercial, but tune in tomorrow for why taking Cialis makes you sit in separate bathtubs on top of a mountain. She then showed a still from a Cialis commercial that showed just that.

Ellen then welcomed her guest DJ for the day, Twitch. Twitch busted out some dance moves, showing off his incredible talent and excitement for being on the show before hopping behind the DJ booth.

Ellen asked him what he’s been doing and he said he just wrapped up working on the movie Step Up 5 and then went right back into the wedding planning. He was to be married in two weeks!

Ellen pointed out that he and his fiance Allison are both incredibly busy and will be working up until the day of their wedding. Twitch said they just went cake testing, but he doesn’t like cake. He said he would rather have bread, and Allison would’ve rather just had store-bought cake.

Ellen: Amy At Michael’s Speaking “All By Myself” Lyrics

Ellen loves to send her writer Amy out to talk to people. She said last week she sent Amy to Michael’s to talk to people using only song lyrics. She then shared a song that they didn’t have time to share before.

The song was Eric Carmen “All By Myself” and she started out by saying to some random guy, “When I was young, I never needed anyone.” The guy was  on the phone and didn’t know what to think, but asked the person he was on the phone with if he could call them back.

When she voiced lyrics to a couple looking at ornaments, the man said to her, “Are you thinking ornaments or are you just being weird?”

Amy even got a very long hug from a random woman, before she walked away, even as Amy continued to voice lyrics to her.