Ellen DeGeneres shared that she had two tickets to the Grammys and she wanted to give two of her audience members a chance to win the tickets by playing a trivia game called Grab My Grammy.

The two women were sisters from Placenta Orange County, but it sounded a bit funny when Ellen asked them where they were from, and they simply answered “Placenta.” It even threw Ellen a little off guard!

Ellen first asked them what color you get when you mix red and blue. Tracie answered correctly by saying purple! Ellen then said, “Daft Punk is nominated for their record ‘Get Lucky.’ Name something lucky.” Tracie once again grabbed the Grammy first and said “a leprechaun.” 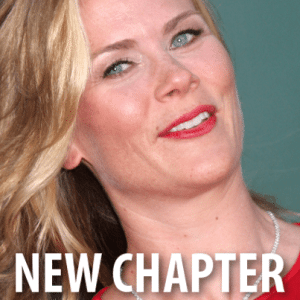 Alison Sweeney made the announcement on Ellen that she will be leaving Days of Our Lives after 21 years. (Helga Esteb / Shutterstock.com)

Next, Ellen said “Katy Perry is nominated for her song ‘Roar.’ What animal goes like this? Baaah.” Heather grabbed it this time and said “a sheep.”

Ellen then asked the two women to name the four suits in a deck of cards. Tracie grabbed the Grammy first and nailed that answer! Ellen felt bad for Heather, having only one right answer, so she moved the Grammy doll more towards her to try to give her an advantage.

Ellen asked the women to name a way to accessorize a suit. Heather grabbed the Grammy doll and answered “a tie.”

Time was up, and Ellen said it was very close, but Tracie won. Not surprisingly though, Ellen gave them both a ticket to the Grammys so they could go together!

Earlier on the show, Ellen shared that her guest DJ, Alison Sweeney, from Days of Our Lives had a big announcement to make. She made her wait until the end of the episode to finally share her big news with the audience.

She said she had been on the soap opera since she was 16 years old and never had more than a two-week vacation since.

She said she loves her job, but realized she had worked so much, and her daughter just turned 5 and her son is 9, so she wants to be with them more.

Ellen asked her what will happen to her character, and Alison said she would love for there to be a happy ending, but at the same time thinks maybe her character, Sammy deserves a very twisted, Breaking Bad ending.

Ellen: What’s Next For Alison Sweeney

Ellen looked back at the time when Alison Sweeney was on the show when she was pregnant and pretended to go into labor as part of a 12 Days of Giveaways prank.

Alison Sweeney shared that her daughter is obsessed with performing, and brought a clip of her singing. She loves the song “Roar” by Katy Perry.

Ellen then wanted to talk a little bit about The Biggest Loser and said it really is amazing to watch the people on the show lose the weight that they do. Seeing them from day one to what they look like in the end, is incredible. Alison said she really loves the makeover episode, because she loves to see their transformations as well as how they look when their hair and makeup is done to make them feel extra special.

Ellen wanted to know what Alison’s big tip was for staying healthy over the holidays. She shared that “it doesn’t mean you have to be hungry all the time.” She said people need to find snacks and foods that they still enjoy eating, but is healthy and nutritious. She said if you’re really trying to cut back, stop eating earlier in the day.