Ellen: Rob Lowe Shines in Behind the Candelabra

Rob Lowe is literally one of my favorite celebrities, is what his character Chris Traeger would say. Oh, and me as well. His clip from Behind the Candelabra is a little stunning and makes you question his judgement. Ellen has certified that the film is brilliant. 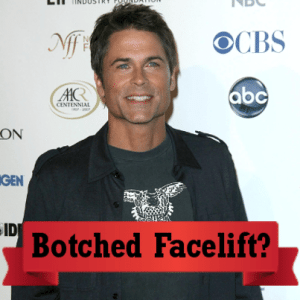 Rob Lowe said that he gives Matt Damon a botched facelift in Behind the Candelabra. Lowe practiced his Bill Cosby impression with Ellen. (s_buckley / Shutterstock.com)

Ellen said that Dr Jack Spartz, played by Rob Lowe, is the funniest part of the film. Lowe said that Michael Douglas and Matt Damon have never been better.

Rob Lowe said he was following the project as a fan long before the film started production. When he got the call he was ecstatic. He called his character “demented” and he really looks like a cartoon villain. Or Team Rocket from Pokemon.

Rob Lowe Can Give a Botched Face Lift

Dr Startz was a real guy and there are no known photos of him. He gave Liberace such a tight facelift that he couldn’t close his eyes.

“It’s insane,” he said. Rob Lowe had to do all of the surgery on an amazingly real dummy of Matt Damon. He said that, if you want one, he can give you a botched facelift.

When he was a kid, Rob thought that he would have a jetpack by age 40. Well, that didn’t happen exactly how he wanted it to. They make water jet packs now that take you over the water with jets. Unfortunately, Rob Lowe wasn’t strapped in all the way and it started to take him to the bottom of the ocean. After hitting the emergency kill switch, he floated the the surface and figured out the probably. Will he try it again? “Never,” he said instantly.

The oldest of Rob Lowe’s sons is just now back from his freshman year of college. He’s learning a lot, but he doesn’t have much experience to share with Matthew, his oldest son. “Instead of going into college, I went into The Outsiders,” Rob Lowe said.

This was literally the funniest video of Rob Lowe ever seen. It needs to be watched because no one on Earth could do it justice in writing. Lowe does the best impressions, even though I love it best when he is Chris Traeger on  Parks and Recreation. “Literally.” “Oh, jello pudding was so good for the people that would have it.” Rob Lowe as Bill Cosby. “Get real or get real stupid, if you’re stupid you’re real!” Ellen as Dr Phil.